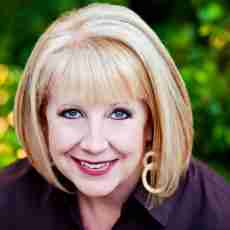 51 – Surrender in the Deep with Author Ginny Yttrup

We’ve heard it over and over: “Don’t give up!” “Never surrender!” But the truth for writers is that surrender isn’t necessarily a bad move. In fact, as author Ginny Yttrup shows us, it’s the absolute best move when your journey takes you into the deep.

Ginny L. Yttrup is an award-winning author of five novels including her latest, Home, which released earlier this month. She writes contemporary women’s fiction and enjoys exploring the issues everyday women face. Publishers Weekly dubbed Ginny’s work “as inspiring as it is entertaining.” When not writing, Ginny coaches writers, critiques manuscripts, and designs websites for authors. To learn more about Ginny and her work, visit ginnyyttrup.com or wordsforwriters.net.

What the Deep means to Ginny…

My immediate response, the first word that comes to mind is suffering. But then I thought it’s so much more than that. There’s a negative connotation to that, and for me the deep isn’t always a negative place. It’s a place of growth. It’s the place where I may not want to be, but where the best things happen. It’s the place that God has used the most in my life. When I’m not in a deep place – a place that I consider that place of growth – life is shallow. I don’t live well in the shallow end. I get really bored there. I feel stagnant there. The deep is where I most want to live, but it’s a little bit of a paradox. I want to be there, but I don’t.

The journey as a writer…

I was an avid reader growing up. As a child, books were my safe place. They became my protection, in a sense, from a traumatic childhood. I just loved books. And most of what I know about writing, I learned through reading as a child and through my adult years. When I was in my late twenties or early thirties, small children at home, I got the bug to try to write something myself. But I had absolutely no idea how to do that. I was a horrible student in school, barely graduated from high school, took a couple of college classes and realized that was not going to work for me either. So the idea of trying to learn to write was pretty intimidating. But someone told me about the Mount Hermon Writers conference. That was in California, so it was an easy drive for me. I took a leap of faith, signed up, and attended my first writers conference 25 years ago. That week on that campus I found people who were like me. And I didn’t talk to any of them. But I watched them. I observed, and I just knew this was where God was leading me.

I continued attending for many years and met Karen five years into my journey…Before I met Karen, I attended a workshop she taught on passion, and that particular week I ended up very, very sick with a sinus infection. I didn’t sleep much during the conference, and in the middle of the night, reading God’s Word, I felt like the Spirit whispered to me, “Someday you’ll work with Karen Ball.”

I continued to pursue nonfiction for ten more years. And when I finally started writing fiction, I emailed Karen my page, the only page I had written. And she said, “Keep going.”

Several years later, when that manuscript finally sold, it sold to B & H publishing, and Karen Ball was the acquisition’s editor.

Surrender is the idea of giving the situation, the circumstance, the desire, the dream, whatever it is that you’re holding, giving that over to someone else. Letting someone else have control of that dream of publication and pursuing a career as a writer. And that’s hard to do when we’ve let ourselves dream of something and we’ve pursued it with passion. To let go of it can be a very painful experience. Because I do believe surrender is letting go. It’s letting go of the end result. Letting go of not necessarily our pursuit, but our management.

It was a breaking point for me. Often times I think God allows us to reach that point of brokenness so that we will surrender to Him. Surrendering was an act of turning over the end result and allowing God to take control. He was the one leading me down this path, and wherever that took me, I would trust Him.

That point of brokenness came in my writing journey more than once. For example, at about the ten year mark, after pursuing publication, learning the craft, honing my craft, continuing to learn about publishing, and being rejected one more time. That particular rejection, that breaking point, was a very painful process. It wasn’t done tenderly. It was during the Writer’s conference, and I just fell apart, saying to God, “I can’t do this any longer.” At that point, I did give up. It was ugly tears, it was anger, all that stuff that comes with rejection. But by the next morning, I had made the shift. Rather than giving up, I gave it over. Handed the dream to God and said, “I recognize that You’re in control and that You’re sovereign, and I will continue to trust You in this journey.”

I read nowhere in Scripture where we’re told God will protect us from pain. I pray for that, I beg God for that daily, I ask Him to protect my children, those that I love, my health. God never promised to protect us from pain, but He provides for us in the midst of our pain. In fact He does promise that we will encounter trials, suffering, and pain, but in the midst of that we experience His provision of peace, of hope, of strength when we’ve come to the end of our own strength. In our weakness, He is our strength.

Surround yourself and stay in community with other writers. Build a strong community. Stay connected because we are all in this together. This isn’t a competition. We, especially as Christian writers, are unified as a body and that needs to be true in our writing communities…We need to be encouraging each other and celebrating each other. Stick together.

Books mentioned on the show

What happens when a novelist, struggling with the unfulfilled desires met at midlife, escapes into the fiction she writes? 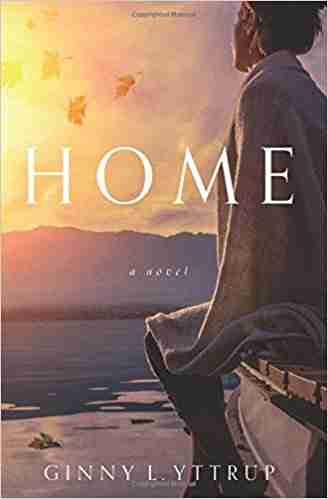 A child whose silence holds the truth captive… An artist whose work speaks the agony of her past… Will they let the truth set them free? 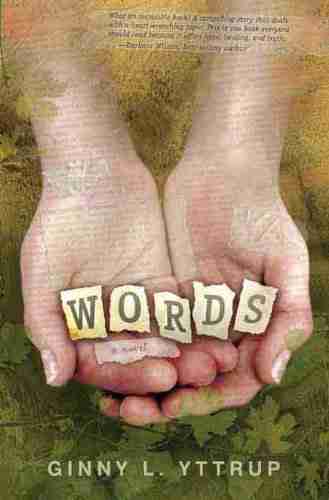 You can find Ginny Yttrup’s guest blog post – Five Lessons from the Road to Publication – on the Steve Laube Agency Blog.

What has God taught you through surrender?

Surrender isn’t always a bad move, especially when your writing journey takes you into the deep! @GinnyYttrup 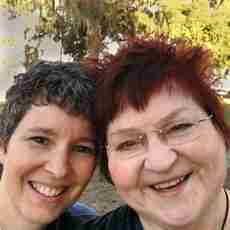 50 – The Danger of Isolation

Have you ever felt alone? Have you been lonely? Do you ever struggle with the sense that there’s no one around that you can go to when you need prayer or just a pal to listen? If so, you’re not the only one! You’re “not alone.” In fact, in the last 10 years or so, studies have shown that our sense of aloneness and loneliness has grown more profound than ever before. So why should we care? Because one of the enemy’s most powerful tools to use against believers, especially those of us who are writers, is isolation.

What are the dangers of isolation?

When you’re isolated the enemy has you one-on-one.

Ecclesiastes 4:9-12 tells us “Two people are better off than one, for they can help each other succeed. If one person falls, the other can reach out and help. But someone who falls alone is in real trouble. Likewise, two people lying close together can keep each other warm. But how can one be warm alone? A person standing alone can be attacked and defeated, but two can stand back-to-back and conquer. Three are even better, for a triple-braided cord is not easily broken.

Isolation can cause you to form a habit of self-reliance and selfishness, which leads to not depending on God either.

But we were created for community. We’re the BODY of Christ.

Is there anything good about being isolated?

How can we know if we’ve isolated or if we’re seeking solitude?

Consider this distinction between the two from Psychology Today:

“Loneliness is marked by a sense of isolation. Solitude, on the other hand, is a state of being alone without being lonely and can lead to self-awareness”

Psychology Today goes on to say, “Solitude is a positive and constructive state of engagement with oneself. Solitude is desirable, a state of being alone where you provide yourself wonderful and sufficient company. It’s a time for reflection, inner searching or growth or enjoyment of some kind. Thinking and creativity usually require solitude…Loneliness is harsh, punishment, a deficiency state, a state of discontent marked by a sense of estrangement. Solitude restores body and mind. Isolation depletes them.”

Look at the way it feels:

Are you feeling recharged? Refreshed? Ready to take on each day? Do you have a sense of peace? Of savoring the richness of your alone time? Then that’s solitude, an intentional coming away for a limited time.

Are you feeling lonely? Overwhelmed? Depressed? Abandoned? Unloved? Struggling with whatever comes your way during the day? Do you feel like this time of being alone was imposed on you? Or that it’s happened because nobody cares or understands you? Or the result of feeling shamed and unworthy? That’s isolation.

Solitude is something to be cultivated and savored.

Isolation is damaging and a seeming confirmation of our most negative self-talk.

So what if you’ve realized you’re caught up in isolation? Well, there are some practical things you can do to escape it.

It’s okay to have time alone. In fact, it’s often a necessary part of our work as writers and our faith journey. But the enemy loves to slip in and move us beyond that helpful kind of alone time into the dangerous territory of isolation. We need to open ourselves to God’s leading and discernment. To ask Him if we’re caught in isolation. And if He shows us we are, then it’s time to act. To get outside of ourselves and embrace the wisdom and call of Hebrews 10:24-25: Let us think of ways to motivate one another to acts of love and good works.. And let us not neglect our meeting together, as some people do, but encourage one another, especially now that the day of his return is drawing near.

What helps you steer clear of the danger of isolation?