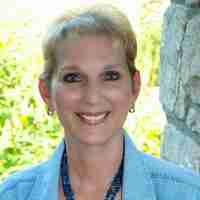 20 – When the Deep Never Seems to End

Have you ever felt like the deep will never end? Like you barely make it through one tough place and another one begins? Well, you’re not alone! Let gifted author Robin Lee Hatcher, who has known many deep places in her life and career, share words of truth and encouragement to help you dwell in the deep—and come out with the sure knowledge that God is with you every step of the way!

Best-selling novelist Robin Lee Hatcher is known for her heartwarming and emotionally charged stories of faith, courage, and love. Winner of the Christy, the RITA, the Carol, the Inspirational Reader’s Choice, and many other awards, she is also a recipient of the prestigious Lifetime Achievement Award from both Romance Writers of American (2001) and American Christian Fiction Writers (2014). Robin is the author of over 70 novels and novellas, and she knows what it’s like to be in the deep.

What the Deep Means to Me…

“I’ve had very deep places with the Lord, both that I would consider highs, even though it’s a deep place, and sometimes they’re deep because they’re hard times to walk through. But I’ve come to believe through my Christian walk that those deep places are what make us strong and what make us more like Christ. How can we want to deny them or turn them away? We have to spend time in those deep places so that we can reach the high places.”

What led to the writing of The Forgiving Hour…

I didn’t know if I had the talent or the courage to write the book…My first husband had multiple extramarital affairs…but the first affair was what the story was based upon. One day the mistress came to our house to pick up my husband, so I saw her…Three months after that, we put our marriage back together as best as unbelievers could. Three years after that, I was attending a Christian conference… a young woman came over and joined us at our table… suddenly I realized that this was the mistress. I knew she’d come to the table knowing who I was, I just didn’t know why she’d come to the table…I would love to tell you that I was very spiritual for the whole conference and just soaked it all in, but the honest truth is that all I knew was where this gal was seated throughout the day. When I went home that day, I spent the night asking God why she had come to the table… About 3 o’clock in the morning, God spoke to me very clearly and said she was there because I needed to forgive her. I said to the Lord, “I forgave her, I forgave him, everything is fine, fine, fine!” He said, “No, she needs you to tell her you forgive her.” I stood up, and I raised my fist to the ceiling and I said, “You’re God. You tell her.” But by 6 o’clock in the morning God had His way with me…I found her at the conference the next day… I said to her, “I know who you are and I forgive you.” I can’t tell you how much that changed her life, but I know that it changed mine. It freed me forever from ever holding onto bitterness…

God had to do a lot of healing in my heart and in my life to prepare me for that place where I could actually tell that story. I had to be willing to wait but also to hear when it was time.

What led to the writing of A Promise Kept…

I married Jerry in 1989. Unbeknownst to me he was an alcoholic… I had no understanding of addictions at that time…It took about three years for things to get so bad for him that there was no hiding it from me. We were married for 17 years with alcoholism being the predominant feature of our marriage… There were many very painful hard times…when you’re married to an alcoholic, it’s a lonely place to be.

Around 15 years into the marriage I felt God say that He was going to save the marriage, so I just knew Jerry was going to get sober. But instead, things just got worse and worse and we ended up divorced…I thought maybe I just hadn’t heard God right.

About five years after the divorce I heard God say, “It would bring me pleasure if you and Jerry got back together.” From that moment on, every time I would see Jerry, I felt God nudging me to say something to him, and I just refused for quite a while. Finally it was uncontrollable, and I just blurted out to him, “Do you think we could put this thing back together?”…He started to cry…

God kept his promise. He saved my marriage—He saved it through divorce… I’m married to a different man. God got Jerry aside, away from me, and they did business. The changes in him are real and they’re deep. That was a promise kept.

About writing in the midst of the deep…

Sometimes you’re just burned out by the emotions of it and then it’s a matter of discipline sitting down and putting words on paper.

You can’t trust your feelings about your work. You have to rely on God and the gift that He gave you. Don’t listen to that negative voice that’s just whispering failure, failure, failure.

I immerse myself in the Word all the time…always trying to go deeper in the Word.

It’s my Bible for showing artistically what God is teaching me at any particular time. It really has enlivened me, seeing Scripture in a whole new way for me, meditating on the Lord and letting Him show me a Scripture that He wants me to then work on. The visuals really do help me remember Scripture.

I would encourage people to be in the Word because those deep, difficult places are never going to arrive when you’re just all ready for them.

You have to build yourself up all the time. When we know Him and trust His character we’re not going to be thrown into the places of doubt.

There was a time when I was weeping so hard I could hear my tears splash as they hit the floor, and I was asking God why—because of Jerry’s alcoholism—why, why, why? I realized what I was saying wasn’t just why, but “why me?” God answered me, and He said, “Why not you, Robin?” And I had to go, “Yeah…why not me?”

Christ suffered on the cross, and I am called to become more like Him. And it’s the deep places, the hard things in life that put us in that refiners fire that we all want to avoid. But that’s what burns away the chaff, and we come out silver and gold on the other side.

What Jesus spoke to me one time was, “Robin miracles do exist but what we do most of the time is that I ask you to be yoked with me, and we’ll walk through it together.” So I would encourage people to be yoked with Jesus and walk through whatever deep place they’re in with Him because it will be easier yoked with Him.

Where to find Robin on the web: robinleehatcher.com 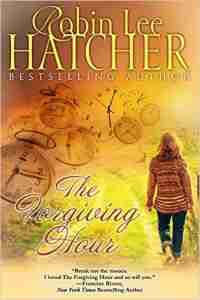 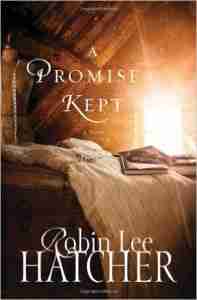 We’re giving away one copy of Tyndale’s Inspire Bible just like Robin uses for her Bible art journaling! 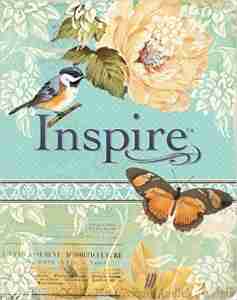 Instructions for entering the giveaway will be in our May 23rd newsletter. If you’re not subscribed to our newsletter, click here to subscribe.

Subscribe by May 16th to ensure you’ll receive the May 23rd newsletter! You’ll also receive a free audio download: 5 Crucial Ways to Safeguard Your Writer’s Heart in the Deep.

What do you do when the deep never seems to end?
Have you ever found yourself clinging to the foot of the cross, as Robin puts it, so hard you feel the slivers in your palms?

Does it seem like the deep will never end? Here’s encouragement from one who understands!

We have openings for our Patreon Sponsor of the month. You’ll get to advertise your books or services or website with a link, blurb, and banner right here on our page! You’ll also get a link and blurb in the show notes and an announcement on both the shows during your month. We hope you’ll consider helping to keep this show going! Find out more at Patreon.com/writefromthedeep.