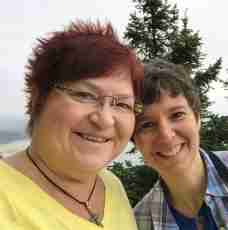 Have you ever sat back and wondered if you heard wrong about being a writer? If God really did give you the task to write, then why is it all so…difficult? Frustrating? Disappointing? And why isn’t He confirming that He gave you this task?

Most of us are doing this task of writing because we believe God has given it to us. So why do so many writers struggle with doubt? Why do we wonder if we really did hear God correctly? Or struggle to know what He’s leading us to do right now?

The good news is that you’re not alone. It’s not uncommon for writers to wonder if maybe they heard God wrong. Or to want, down the road, some sense of confirmation that God really said what they thought He did.

There are many reasons people take on the task of writing, and not all Christians who write do so because they believe God has called them to it. It’s fine if you’re writing because you love it, and you’ve decided to serve God by doing so. It’s okay if you serve God in other ways and write just because you enjoy it.

For many of us, though, we write because we believe God asked us to do so, that this is how He wants us to honor and serve Him. We believe He’s given us the task to write for Him. That gives us our purpose and determination. It keeps us going when things get hard or even ugly.

And yet we still doubt we heard God correctly!

We don’t ask the right questions, so we don’t get answers, and it makes us doubt

This issue really isn’t about hearing God at all. It’s about knowing Him. As well as—or even better than—you know your closest friends and family. Think about it, when your best friend calls you on the phone, do you recognize his or her voice? Of course, because you know that person so well. You know the inflections in his words, the sound of her laughter and weeping. You know her as well as you know yourself. That’s how well you need to know God.

You have within you the very spirit of the living, Almighty God. If you don’t know Him, or His spirit, as well as you do your friends and family, you need to focus on getting to the point where you, the sheep, are so well acquainted with the Shepherd’s voice that your response to it is immediate. That the sense you have when He speaks is one of trust and obedience. And you don’t doubt that you heard it, because you know it too well to do so.

The way to hear God, to know it’s His voice speaking to you, is simply to take the time to build relationship with Him.

If you don’t really KNOW Him, then of course you’ll start to doubt that He put you on this path when it doesn’t go the way you think it should. The key is knowing, deep in the fabric of your soul, that how the journey goes isn’t a validation—or invalidation—of God’s call.

We’re called to follow a suffering Savior, so you can be sure there will be difficulties and suffering. But we endure because He’s there with us. And we don’t take a detour unless it’s clear, deep in our soul, that He is the one telling us to do so.

Focus on distinguishing God’s voice from others

The beauty of all of this is that once you really get to know God, to recognize how He speaks to His sheep and leads them, you can move forward in freedom, knowing that if He doesn’t want you on a particular path, He’ll let you know. If He hasn’t done so, then all you need to do is stay the course. Take it a step at a time, and trust that Almighty God, who loves you better than you can ever know, is with you, guiding you, using you, and bringing His will about in you.

We want to hear from you

What gives you confidence that you’re hearing God correctly?

Did God really ask you to be a writer? Erase your doubts with our latest podcast!

Thanks so much to our February sponsor of the month, Wendy L. Macdonald. She’s a writer, poet, podcaster, photographer, and nature lover, and I know you’d enjoy getting to know her! She has a free, special gift for you: 10 Good Habits to Help You Become a Great Listener!