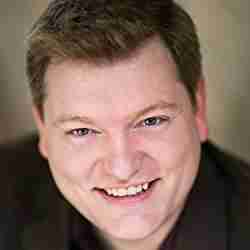 Haters. They’re out there, lurking. Waiting to attack. All it takes is for you to write something that they dislike, and they strike with vicious words designed to tear you, your work, your reputation—even God—apart. Guest Thomas Umstattd Jr. knows haters all too well. Hard not to when tens of thousands of them come after you for one blog post. But he also knows how to deal with them, and he’s bringing all that hard-earned wisdom to help you!

But first, help us out by taking our quick survey. We want to make the podcast better and we need your help! Thank you!

Thomas Umstattd Jr. is a speaker, writer, entrepreneur, WordPress guru, political troublemaker, homeschool graduate, and Christ follower. Thomas built his first website at the age of 13 and taught his first web design class at only 16 years of age. He has been helping authors and small businesses use the web ever since. In 2009 he started AuthorTechTips.com, a website to help authors use the web to promote their books. The site was twice featured in Writers Digest as one of the 101 most helpful websites for authors. AuthorTechTips.com is now AuthorMedia.com, a resource for authors timid about technology. Thomas is the CEO of Castle Media Group LLC, a company that builds websites for world-changers, and he sits on the board of directors for several nonprofits. As an award-winning speaker, Thomas teaches all over the world. He’s also the co-host of the popular Novel Marketing Podcast with James L Rubart, and he hosts the Creative Funding Show. He’s also the author of Courtship in Crisis, a book which came about through a viral blog post Thomas wrote.

What the deep means to Thomas…

I think of roots on a tree. A palm tree, as high as it is above the sand, actually goes equally deep below the sand. When a hurricane comes, a palm tree can be blown horizontal with the earth in hundred mile-an-hour winds. When the hurricane goes by, the palm tree just pops right back up because of how deep its roots go. And so when we’re deeply rooted in Christ, our identity is deeply rooted in who he is. It doesn’t matter what the wind of the world is blowing at us, we’re able to pop right back up.

Going way back, I grew up in the home school community and I was a big advocate of courtship. And all my friends were big advocates of courtship, which was how conservative Christians dated in the 90s and early 2000s… I even started a website called practicalcourtship.com. I even went through a courtship… There was this idea in the community kind of similar to the prosperity gospel where if you do relationships in this way you’re guaranteed to have a happy relationship…You’re guaranteed to have a good marriage. The reality, that I learned the hard way, is that it is not actually a promise in Scripture. Jesus does not promise easy times, in fact he promises hard times. Trials, temptations, and persecutions are what we’re promised. I really loved this girl, but before I could get to know her I had to commit to being in relationship with her for the purpose of getting married… Eventually I sat down with her dad to ask his permission to marry her,  and this was after I’d been on many dates one-on-one with her father, before I ever went out with her… For two hours he told me everything he didn’t like about me. This man who I’d opened up my life to and shared my financial statements with…criticized every single thing that I had done in my life…Needless to say, his daughter rejected me…But I was still a believer in courtship. But then I started noticing that most of my friends were still single. This thing that was supposed to get us married wasn’t working. And then I started noticing that some of the couples that had gotten married through courtship we’re getting divorced…Finally I humbled myself and took my grandmother out to dinner and asked her, “What did you see you back in the 90s that we didn’t see?” And she explained to me how they did dating and relationships back in the 50s and the 40s… I was like, I want to put this into practice…but there was a problem. I was Mister Courtship… If I asked a girl out for coffee, she would hear that I was asking her out for coffee for the purpose of marriage. So my goal was to write a blog post on my personal blog, and if I could get 10,000 people to read this blog post, everyone in my community will know Thomas no longer does courtship. If I ask a girl out for coffee it just means coffee. So I wrote and wrote and wrote…had discussions with lots of people…got feedback… I did a lot of research over a long period of time that culminated in this blog post and I posted it mid-afternoon. By that evening it had 5000 views. By the end of the day it had 10,000 views. And I was like, oh, I met my goal… The next day there’s another 20,000 views, and then 50,000 views. After that it had 100,000 views in one day and after that 200,000 views. And it was blowing up on Twitter… People who were seeing it were sharing it… Remember, the goal was just to reach my community and rebrand myself as “not the courtship guy” anymore. Now I was getting feedback from all over the Internet…Heartbreaking stories [of people who were hurt through courtship]… But the other thing I started getting was really angry, mean, hateful comments. And not just from strangers. These were from people we were friends with. To this day I have friends…who won’t have anything to do with me since that blog post…They hated me for writing it… They thought I was undermining the community… One friend of my mom’s said I should have a millstone tied around my neck and be cast into the sea.

It was really hard navigating the hate. Because they weren’t all wrong. That was really challenging.  Just because someone disagrees with you doesn’t mean they’re wrong. One of the temptations when you’re getting a lot of hate and negative feedback is to just screen them all out. The reality is that courtship does work for some people. It’s not a disaster for everyone… It was tricky figuring out the people who were hating on me for their own personal reasons and the people who have a legitimate criticism.

Coping with a sudden onslaught…

At first I was just overwhelmed just reading comments. 1400 comments came in just in the first week. At first I was just absorbing it. The one thing I realized was that I couldn’t respond to any of these people. Which was hard. Even harder on my mom…. She wanted to go after these women on Facebook who were attacking her son. The reality is that dealing with trolls is a lot like that old story about Brair Rabbit and the tar baby. Brair Rabbit is ultimately completely consumed trying to interact with the tar baby, and that’s how dealing with trolls can be… I feel so often the enemy puts humans in our paths that are tar babies, but ultimately they’re not tar babies, they’re children of God. And when we punch at them, we’re not punching a tar baby, we’re punching a child of God. God loves that hater just as much as God loves me. That perspective is really hard—really hard—when they’re attacking you.

The value of support…

It’s really helpful to have a safe home. My family fully supported me. They were not at all surprised by the blog post, some of them even helped edit it. They had my back. My church was also really supportive. And that was helpful, because the Church—with a capital C—was all over the board…Even my own mentor called me a fool.

The story of David…

I took a lot of comfort in the story of David.  However bad I had haters, he had it worse. And the guy who hated him the most, King Saul, was anointed by God…David had fealty to him… Yet when David was in the same room with Saul, Saul was throwing spears at David. While people maybe wishing for my death they weren’t throwing spears at me… How did David handle haters? The temptation is to have a tough skin. The problem with a tough skin is that it doesn’t just keep out the haters, it keeps out the love, because you’re building this wall around your heart… David kept his heart soft to the Lord, as much as he could. When he would get attacked, he would take that attack and put it at the feet of God… So we don’t just take our successes, our crowns, and lay them at God’s feet…The wonderful thing about our Creator is that he also takes our failures. He takes our hurts and our wounds and our sins. We get to throw those things at his feet as well. That is just such a wonderful thing…Hey this person said this terrible thing about me, and I’m giving it to you God. If there’s anything of it that’s true, you give it back. I’m not going to take it from this person, I’ll take it from you.

Other Scriptures that helped…

The Psalms, especially the angry ones. While I really tried not to lash back at my critics, I can’t say that I did that 100%… But you don’t have to pull your punches while you’re complaining about them to God. Like David would say… “Oh, God, crush their bones…” And I’m like, I know how you feel! The judge of all the earth will do right. And people will be rewarded and punished based off their deeds done in the body whether they be good or evil. I can trust him with that. Vengeance is mine says the Lord, I will repay. I have to remind myself that this is in God’s hands.

The value of feedback…

For authors, you get a negative review on your book and some of that’s going to be envy. Envy motivates a lot of one-star stuff on the Internet… But sometimes it’s legitimate feedback, and if you allow it, feedback can help make your work better. My book is better because of the feedback I got on the blog and on Facebook while I was writing it. Some of the people disagreed with me…One who was nice about it, I had on my research team, as a beta reader, and he was challenging me on theological stuff all along the way. It was really helpful.

Here’s a link to Thomas’s book Courtship in Crisis if you’re interested: 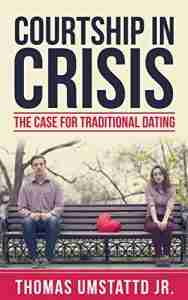 As a reminder, links on this website are affiliate links. That means if you choose to do your shopping through our links, we get a small percentage of the sale. We appreciate your support!

Have you had to deal with haters? What helped you cope with them?

Got haters? Let guest Thomas Umstattd Jr. teach you how to handle them! 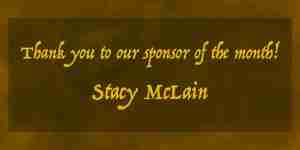 Thanks so much to our January sponsor of the month, Stacy McLain! She’s been working on her first book, a Christian speculative novel titled Make Known His Path.