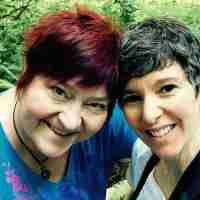 16 – Lessons from St. Patrick: Driving Out Your Snakes

St. Patrick’s Day is about so much more than just green and leprechauns and clover. There is a wealth of wonder contained in St. Patrick’s history—wonder focused on God’s redemption and power. Come explore the history and the legend of St. Patrick, and discover truth that will bless you in the deep and beyond.

There’s a lot of myth surrounding St. Patrick, and some traditions that aren’t, well, saint-ish. But we discovered some powerful truths in the history.

What can we learn from Patrick’s story?

He was kidnapped when he was 16 years old and taken to Ireland as a slave. There he served for six years as a shepherd. In this deep place, in the middle of all the pagan practices in that country, Patrick became a Christian.

Patrick wrote that he took to praying at least 100 times today. Over the course of time he felt God speaking to him, telling him flee to the coast, that there would be a ship waiting for him to take him home.

Patrick obeyed and walked 200 miles to the coast, knowing that if he would have been captured he probably would’ve been killed. This was a blind obedience. How could he be sure there really would be a ship?

But there was a ship. He was able to make his way home, and he began studying to become a priest. For years he continues his devotion to God, and then he begins having prophetic dreams where he hears the people of Ireland calling him to come back. To come and preach Christ to them.

Patrick again obeyed. He went back to Ireland, BACK to his deep place.

Patrick found his message in his deep place. He could never have seen that coming while he was in the midst of his slavery. But God had prepared it, planned it, long before.

In his deep place, Patrick did the exact opposite of what we all want to do in our deep place. Instead of despairing, or wallowing in anger or bitterness, he turned to God. By doing that, he found the purpose God had planned for him.

The Snakes – the World’s Ideologies that have slithered into our mindset, our way of thinking

The political climate today is a perfect example. The main system they use is not communication or discussion. It’s mocking and belittling each other. They insult and lie about each other. As Christians, we need to be aware of this snake, abhorring it, not supporting it.

“With the tongue we praise our Lord and Father, and with it we curse human beings, who have been made in God’s likeness. Out of the same mouth come praise and cursing. My brothers and sisters, this should not be. Can both fresh water and salt water flow from the same spring? My brothers and sisters, can a fig tree bear olives, or a grapevine bear figs? Neither can a salt spring produce fresh water.”  James 3:9-11

An article entitled “The Church Versus the World,” adapted from John MacArthur’s book Why One Way says this: “Why do evangelicals try so desperately to court the world’s favor? Churches plan their worship services to cater to the ‘unchurched.’ Christian performers ape every worldly fad in music and entertainment. Preachers are terrified that the offense of the gospel might turn someone against them, so they deliberately omit the parts of the message the world might not approve of.” (Read full article here)

How do we show the darkness without being graphic? We write evocatively not explicitly.

“Don’t use foul or abusive language. Let everything you say be good and helpful, so that your words will be an encouragement to those who hear them. And do not bring sorrow to God’s Holy Spirit by the way you live.” Ephesians 4:29

Therefore, don’t grieve the Holy Spirit by the way we write.

This is the mindset we face: Who are we to say in our books that there’s only one way to Christ?

Relativism makes us lose our understanding of the difference between true and false.

“Woe to those who call evil good and good evil, who put darkness for light and light for darkness, who put bitter for sweet and sweet for bitter”  Isaiah 5:20

How do we drive out the snakes?

Whatever dark places you are in, whatever difficult path you’re on, let the legend of St. Patrick encourage and uplift you. Be more Patrick. Look for God, see Him and listen to His truths. And then share them in what you write and speak. Don’t let the snakes—the world’s ideologies—slither into your hearts and minds. Stand for God’s truth—and for those who need to read and hear it.

What “snakes” do you face?
How did you battle them?

St. Patrick and You: Have snakes invaded your heart?
What can St. Patrick teach you about your writing career?
Take up your shillelagh! Drive out your snakes today. 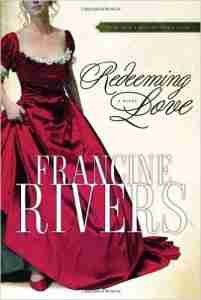 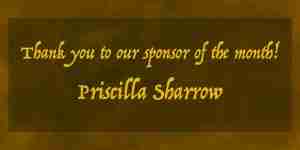 Thanks so much to our January sponsor of the month, Priscilla Sharrow! She’s working on her memoir called Bonked! Life, Love, and Laughter with Traumatic Brain Injury, which will come out with Redemption Press. Learn more about Priscilla at her website priscillasharrow.com and follow her blog for the TBI/PTSD community.