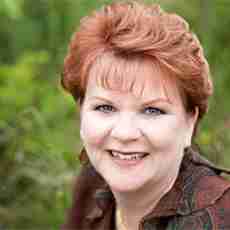 49 – Mesu Andrews Shares How to Deal with Chronic Pain

Few things can derail our lives like chronic pain. It invades every aspect of who we are and what we do, especially as writers. If you’ve found yourself wrestling with chronic pain, or any chronic struggle, come join the discussion with biblical novelist Mesu Andrews as she shares her writing journey with pain as a constant companion. The truths and wisdom she shares will lift your heart.

Mesu Andrews’ deep understanding of and love for God’s Word brings the biblical world alive for her readers. She and her husband, Roy, live in a log cabin snuggled into the beautiful Appalachian Mountains with their dog, Zeke. The Andrews’ have two married daughters and a small tribe of grandkids. Mesu loves movies, football, waterfalls, and travel. Biblical fiction is her favorite genre to read and write. Her first novel, Love Amid the Ashes (Revell, 2011), tells the story of Job and won the 2012 ECPA Book of the Year for a Debut Author. Love’s Sacred Song (Revell, 2012) relates the poetic Song of Solomon in story form, and Love in a Broken Vessel (Revell, 2013) sets the story of Hosea and Gomer in biblical Israel. In the Shadow of Jezebel (Revell, 2014) displays God’s sovereignty over Jezebel’s daughter, Queen Athaliah. The Pharaoh’s Daughter (Waterbrook/Multnomah, 2015), the first in The Treasures of the Nile series, unveils Moses’ early years through the eyes of his Egyptian mother, and Miriam (Waterbrook/Multnomah, 2016), the second book in the series, introduces Yahweh’s prophetess during the ten plagues and the Exodus as she struggles to trust this God she doesn’t understand.

What the deep means to Mesu…

The deep has so many meanings. I love the water, I love the ocean. It’s so powerful to me. I was in my twenties before I ever saw the ocean. And I remember being just so afraid when I saw it. It was so powerful, so awesome. So, the deep is not just a dark place, it’s also a powerful place. It’s where I find God… and His power to work through me, sometimes at my weakest. The deep is a very intriguing place to me. It can be scary, but it also is a very powerful place that we can write from.

Walking through the fire…

Back in 1996, I got a simple virus. I had a 102 temperature for about six days and when that temperature broke, my symptoms didn’t really go away. Three weeks later I was still having those same symptoms and had been to the doctor repeatedly. He didn’t really know what was going on. Back in 1996, that was way before fibromyalgia became the fad disease of the 90’s. It took me a year of many, many doctors, some of them who said, “It’s all in your head.” Others told me, “Yeah, you probably have sin in your life.” I finally got to one guy who poked on those eighteen little touch points that give you the diagnosis.

By 2002, busy pastor’s wife, two teenage girls, my husband was a full-time student… I was doing a speaking ministry. I was traveling quite frequently, at least twice a month. Life had gotten busy again. In July of 2002, I woke up on a July morning and I couldn’t move my arms and legs, had a hard time breathing. All I could do was say, “Help.” They got me to the doctor. He had no idea what was going on. Tests again, doctors shaking their heads, scratching their heads don’t know what’s going on. Spent six months in bed…they confirmed fibromyalgia, chronic fatigue syndrome. I started having migraines five times a week. By 2005, it was every day. They gave me some medication that has helped with that. I’m not in bed every day, so that’s awesome. We still deal with the migraines daily, but I’m on two preventatives a day. I do a rescue med twice a week and I do one dose of pain meds a day. I usually have till mid-afternoon until the pain gets to where I need to have a little break. But at least I’m not in a fetal position in my bedroom like I was for the first year. But here’s the thing: I no longer have an active speaking ministry. But I never wrote until I was six months in bed. That’s when I started writing. God knows. He has a plan. Was it His plan for me to get sick? I don’t think that was His perfect plan. I don’t think God makes us sick. He can certainly take the worst things that happen in our lives and He can turn them for our good.

Learning to rest in God…

It think it’s a daily and gradual thing. I can wake up today and lose it. I could let myself become discouraged. And I can end up right back in bed. Or I can wake up today and I can decide, “Nope. I’m gonna read my Bible before I pick up my edits.” And take that twenty minutes to read God’s word, to let it soak in, “Okay, what did that mean to David, when God did that in his life? Now, what does that mean for me today?” I have to know what it meant for David before I can know what it means for me. And then, taking that example, and saying, “I serve the exact same God who loves me just as much. And who wants my good.” But here’s the deal: Life is not about the here and now. Life is eternal. It’s about my eternity. It’s not about today. So, what is it today that’s going to make a difference in eternity? The biggest shift in my thinking was: God is good. Period. The end. No discussion.

I started out just wanting to have one book in the back of the speaking room so that I could sell that one book for folks to take home after I did my Song of Solomon conference or retreat. So, I go to my first writer’s conference thinking, “I’m gonna get this thing published.” And I was gonna do it in Bible study form, but I was gonna use elements of fiction in it, but it was gonna be a Bible study. And I had three people critique my proposal. The first one looked at me and said, “Wow, you need to stick with speaking because you can’t write.” The next one, she was livid. She yelled at me and said that I was committing heresy. And the third guy said, “Seriously, I would not publish a Bible study by Billy Graham on the Song of Solomon. I am certainly not gonna publish something by a little pastor’s wife in Indiana.” So, that was really a bust. Then I tried to get devotionals published. And I loved the deep stuff. My devotionals were gonna be called DeepOceanals. None of that worked. So, after three years of knocking on doors and having nothing open I went, “Let’s give this fiction thing a try.” Smartest thing I’ve ever done.

Advice for those that have chronic pain…

I think the one thing I did, finally, that made all the difference in the world was that I stopped trying to get published. And I think that’s what it came down to for me. I began writing for an audience of one. I wrote because I couldn’t not write. And I began writing, learning to write, writing better, and writing every day. Not because someone else would see it, but because I needed to write. And I wanted to write because it was what God wanted me to do. And it’s something I needed to do in order to have purpose, in order to fulfill a calling. I really believed it was something God wanted me to do, whether anybody saw it or not. So many times new writers will be so excited to show it to someone right away and it’s just not ready yet. And I think when you can write something and soberly look at it and say, “It’s not ready yet to be seen.” I think at that point, you’re getting closer to the point at which God’s preparing you to publish.

Put the Lord first. It’s so easy to get distracted. It’s so easy to look at marketing, blogging, and 112 other different things. Before you pick up your computer, pick up your Bible. Spend time, quietly in a corner, before you spend time with other people in a coffee shop. It’s just so important to maintain that one-on-one relationship with your God. Because the other stuff will become hollow if that relationship isn’t solid. If you’re not firmly, firmly planted in that solid foundation, everything else is gonna come tumbling down.

Books we mentioned in this episode… 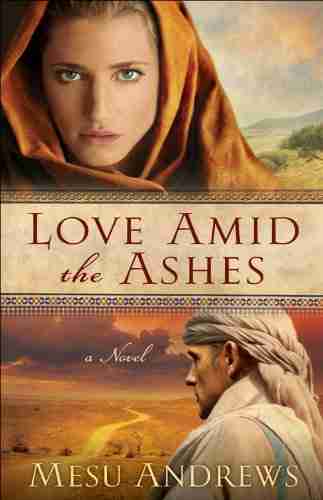 Love Amid the Ashes by Mesu Andrews

Readers often think of Job sitting on the ash heap, his life in shambles. But how did he get there? What was Job’s life like before tragedy struck? What did he think as his world came crashing down around him? And what was life like after God restored his wealth, health, and family? Through painstaking research and a writer’s creative mind, Mesu Andrews weaves an emotional and stirring account of this well-known story told through the eyes of the women who loved him. Drawing together the account of Job with those of Esau’s tribe and Jacob’s daughter Dinah, Love Amid the Ashes breathes life, romance, and passion into the classic biblical story of suffering and steadfast faith.

We Want to hear from you!

Do you struggle with chronic pain? What helps you cope?