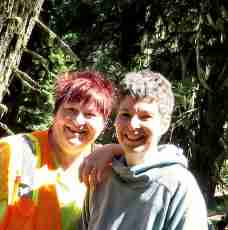 The problem is that we love comfort and predictability. We keep trying to dig in and settle down, but we’re living in an unpredictable environment. Especially in the writing world.

The Israelites experienced this kind of unpredictability. In the book of Numbers, chapter 9:15-22, we get a summary of how the Israelites lived:

But what DID they have? The presence of the Lord.

God already had the route planned. But none of it was easy. The thing is, He knew what was important on the journey. And what wasn’t. Their job? To be obedient.

When we try to keep a death grip on our preconceptions, or our plans, or our goals, or that manuscript we’ve been clinging to year after year, we miss blessings God has for us on a different path, or blessings God wants to give to others through us.

The story of Peter and Cornelius and the church at Antioch in the book of Acts gives us another example of a changing, unpredictable environment. Peter’s whole understanding of clean and unclean was shattered. Talk about an unexpected change. He thought he could count on that as truth. But now, God made it clear that the Gospel message was for Jews AND Gentiles.

And think about the change for the Gentiles! They hadn’t been hearing the Gospel preached because the understanding was that it wasn’t for them. But now? They know it is and the Chosen know it is. In fact, when the church in Jerusalem hears what’s happening, how so many Gentiles are coming to faith in Christ, they send Barnabas to see all that’s happening.

Acts 11:23-24:  When he arrived and saw this evidence of God’s blessing, he was filled with joy, and he encouraged the believers to stay true to the Lord. Barnabas was a good man, full of the Holy Spirit and strong in faith. And many people were brought to the Lord.

But the coolest unexpected fact about this story comes in verses 19-22:

Meanwhile, the believers who had been scattered during the persecution after Stephen’s death traveled as far as Phoenicia, Cyprus, and Antioch of Syria. They preached the word of God, but only to Jews. However, some of the believers who went to Antioch from Cyprus and Cyrene began preaching to the Gentiles about the Lord Jesus. The power of the Lord was with them, and a large number of these Gentiles believed and turned to the Lord.

God spoke to their hearts even as He spoke to Peter, and the horror of persecution and Stephen’s death, as unexpected as that had to be, was turned into the advent of God’s Gospel to the Gentiles.

God wasn’t surprised by any of this. Just as He isn’t surprised by whatever comes to you. NOTHING is unexpected to God. While we may not understand, may not even like what’s happening, we can know and trust that all of what comes to us is in His hands. And when we hold things loosely, ready to surrender them to His will, we won’t fear the unexpected.

What We Can learn from a nomadic lifestyle

1.    Understand that this whole idea of change applies to both good times and bad. Sometimes you’re in a good spot and you like it…and the cloud moves! You have to move on just when you’ve gotten comfortable. Or sometimes you’re really, really, REALLY ready to move, and the cloud stays. And stays. And stays. Change is still coming. Be ready for that. It doesn’t mean you should bury your head until change comes. It means you should do the best you can right where you are to be faithful in the situation you’re in today.

2.     Focus on seeing God’s provision for today. Take the time to write down what He IS doing right now where you are. Write each thing. Write how you see Him working.

3.     Focus on going in the right direction rather than clinging to every detail of your plan. We can’t predict our exact path anywhere. Only God knows the route, and He knows what we need along the way. The detours, the trials, the joys, the wonders. We can’t know the purpose or blessings we’ll find through those. We can only trust God’s purposes to be accomplished through them. “Many are the plans in a man’s heart, but it is the Lord’s purpose that prevails.” Proverbs 19:12

4.     Don’t be weighed down by external possessions. Nomads never built permanent structures, and didn’t have unnecessary possessions because everything they owned they had to carry. Focus instead on gaining inner “possessions” such as contentment and trust. Those treasures go with us everywhere.

Our God is the God of the unexpected. We can make plans and set goals, but we need to hold all of that lightly, and continually surrender it to Him. And we need to remember that HE never changes. When we hold onto this truth, then when unexpected changes hit, which we all know they will, we will not be shaken. Sure, we may be taken aback, and it may take us a little time to adjust. After all, we’re human. But ultimately we can rest in the fact that God is present in all our circumstances, that He is in control, and that we can trust Him.

Learn to know God better and discover what He wants you to do. Next, learn to put aside your own desires so that you will become patient and godly, gladly letting God have His way with you. This will make possible the next step, which is for you to enjoy other people and to like them, and finally you will grow to love them deeply. The more you go on in this way, the more you will grow strong spiritually and become fruitful and useful to our Lord Jesus Christ.

Have you experienced a recent unexpected change?
What helps you cope with it?

Is it possible to prepare for the unexpected? Come find out!