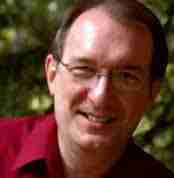 Success means so many things in our world today, but how can we, who write because God has asked us to, know if we’re a success? Come join in the conversation with literary agent Steve Laube to understand true success and how to measure it.

Steve Laube, president and founder of The Steve Laube Agency, is a 36 year veteran of the bookselling industry. He began his career in the bookselling arena, and his store in Phoenix was named the Christian Booksellers Association (CBA) store of the year in 1989. He then spent 11 years with Bethany House Publishers rising to the position of an editorial director. In 2002 he was named the AWSA Golden Scroll Editor of the Year. The next year he became a literary agent and soon formed The Steve Laube Agency. Later he was named the ACFW Agent of the Year. Recently he was inducted into the Grand Canyon University Hall-of-Fame by their College of Theology. He is the President of The Christian Writers Institute and has published the latest edition of The Christian Writers Market Guide (also available online). In addition he serves as the Publisher for the Enclave Publishing imprint of Gilead Publishing. He is married with three grown children and one grandchild.

Success is very difficult to accurately define because each person tends to measure it their own way. The world often defines success as money, fame, or fortune. But how do we as writers define what is the worst and best that could happen for our writing project? Or our career? We can’t ask someone else to quantify success for us. We need to sit down—with our spouse, our family, before God—we need to sit down now and specifically define what success is.

It’s also problematic to go too far in the opposite direction, to make our definition based too much on sentimentality. If we say, “Well, I just want to do what God wants me to do,” that may be true but it also feels like a cop out because we can blame God if we just got too busy, or we got sick, etc.

There are all sorts of things that interfere with measuring anything, and it becomes a spiritual problem. So many authors get dissatisfied. What if you get a taste of success and you made some good money on your first book? It’s easy to make your career all about yourself, to get into a “me, myself, and I” mentality. And that’s where it becomes a problem. If you feel like that sales number will be easy to do again, you are now setting expectations and defining success in the form of human criteria.

Too many authors are unhappy because either their next book isn’t as successful as the last, or it is successful, but it’s still not enough. Wanting, needing, “more” attacks the writer at the very core of their relationship with God, at the core of what is peace and contentment.

We have to find peace in the midst of rejections, failures, poor reviews, problems with our editor, low book sales, or whatever. Our perspective is easily skewed. We forget that everything we do in this industry is an amazing involvement to begin with no matter how many people we reach.

Steve knew a woman who spent a thousands of dollars to self publish her book. It hardly sold any copies, and she was disappointed. Yet later she said her niece read it and came to the Lord because of it. When asked if she’d have spent that money simply to ensure her niece came to the Lord, she said, “Oh my goodness, yes.” There is no price tag on that. There is no human measure.

God works on the offbeat, but we get so focused on the beat. On our ideas and expectations: “This is when and where I should be published, and this is how many copies it should sell…” And God says, “Yes, but. One person was brought into eternity through that book. How much does that measure as success?”

What’s humbling about this task as writers is how people see things in our writing, and how they’re changed by it in ways we never thought or anticipated. Each reader brings his or her own experience to the book, and it becomes a new creation just for them. God works His will through the words we put on the page in order to speak to someone’s heart.

We’re constantly trying to measure in human terms and we can’t. We can’t comprehend God’s economy. He’s the one who’ll leave the ninety-nine to go and find the one. Are we willing to be the writer who writes to that one rather than the ninety-nine? Or the ninety-nine thousand?

This writing journey isn’t about how you feel about success, or how does success make you feel. It’s: What does God mean to happen for you and for your readers? What is God’s intent in this and how is He using you to accomplish that intent? It’s not about feeling good about hitting the bestseller list or feeling bad because you didn’t win some award. None of that matters. What matters is if you’ve been obedient, and if you’ve put on the page what God asked you to put on the page.

Jesus says in John 15:16, “You did not choose me, but I chose you to go and bear fruit, fruit that will last…” We can’t measure that fruit with quantifiable human standards. All we can do is walk in that, be obedient, and trust that that fruit is going to happen in us and others however God wants it to happen. In man’s world, fruit rots, but in God’s world, fruit can last forever.

When you focus on yourself, it goes back to “me, myself, and I,” and you get wrapped up in yourself—in self doubt, self criticism—and you begin to worry, and worry eats away at your soul. There’s an anonymous quote that says, “Worry is wasting today’s time, cluttering up tomorrow’s opportunities, with yesterday’s problems.” Where is our faith when we do that? What are we trusting in?

Ignatius Loyola said, “Work as if everything depends on you, and pray as if everything depends on God.” We need to focus on working hard, doing our absolute best for God’s glory, and at the same time praying and trusting that God’s glory will be magnified in the work that we do no matter what that looks like. Because if we try to put a label on it, and try to paint a picture of it, we WILL be disappointed.

Our New Year’s exhortation to you

Stop, take a good look, pray—and not just for a day or a week, but for some serious time—asking God what success really means for you. Ask your spouse, your kids, get them all involved so you have a solid understanding of what true success is for what you’re doing. So that when the time comes—and you know it will—that you’re discouraged, or you feel that you’re a failure, or that voice comes at the back of your head saying, “Whatever made you think you’re a writer?” you can answer with certainty that God came to you asking you to do this. And you can say “I am a success because…” and you can list out what He tells you is the measure of success and what you know within your heart is a true measure of success.

Have you wrestled with the definition of success? What have you learned through that?

Are you successful? Come join us and guest Steve Laube and find out!

Thanks so much to our January sponsor of the month, Wendy L. Macdonald. Not only is Wendy a writer, she also produces a weekly, short, inspirational podcast on Spotify called Hope Walking with Wendy.